We can overly simplify the process of going fast in drag racing’s top categories by listing it in just three steps. The first is to get the right parts and people, then have ample amount of testing to ensure those parts are tuned up, and finally, get on track at a major national event. Keith Jordan has accomplished all those tasks with his Pro 275 Mustang, which proudly displays Pro Line Racing on the door and a giant FuelTech sticker on the rear quarter panel along with hiring FuelTech’s Luis De Leon as the driver, Brandon Stroud and Jamie Miller behind the key board. 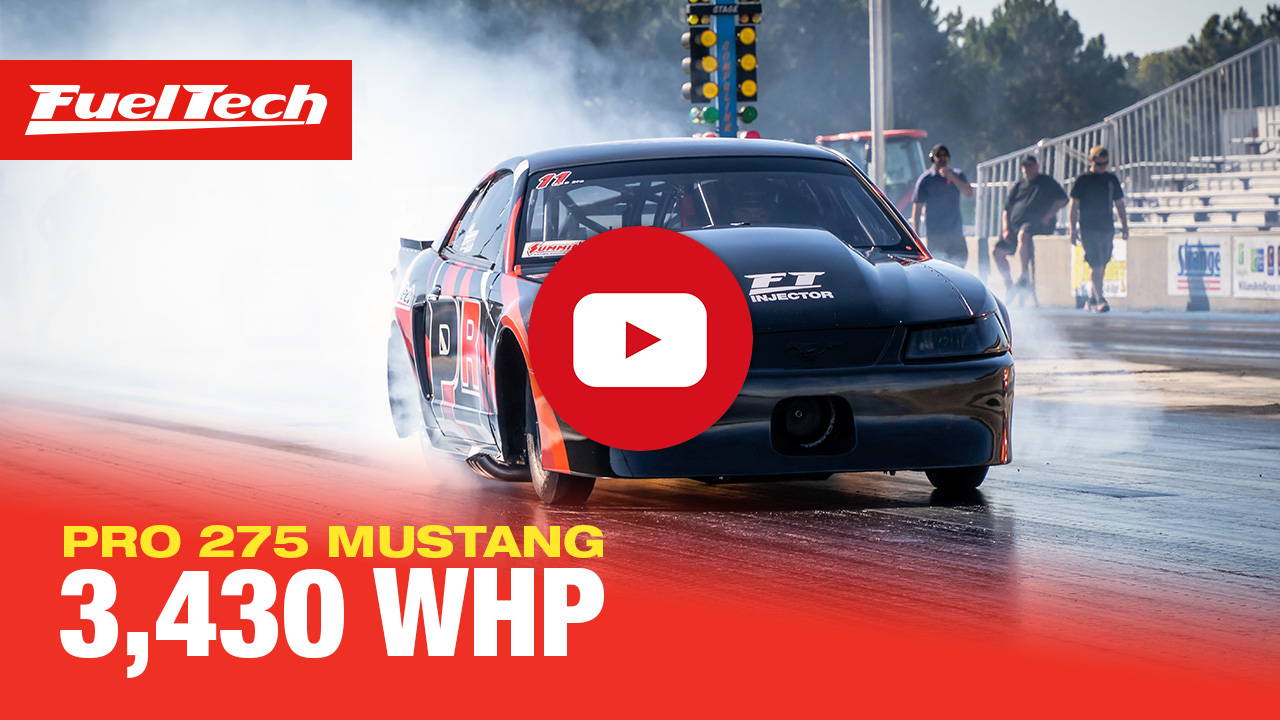 This video gives us on a tour of the team’s adventure from the prep work on the FuelTech Mainline Hub Dyno at its Georgia-based facility to taking on the titans of the radial world during the No Mercy competition at South Georgia Motorsports Park last fall. The Mustang was impressive on the Hub Dyno by producing 3,430 WHP from the reliable powerplant. On track, the team dropped into the 3.80s at over 190 mph and qualified seventh in the quickest field to-date in Pro 275.

The team relies on the renowned FT600 engine management system to keep the 3,430 WHP under control. The FT600 and the other PowerFT ECUs—FT550, FT550LITE, and FT450—come complete with sequential injection and ignition, O2 Closed Loop, data logger, delay box, Boost Controller, Nitrous Controller, and so much more as standard features. FuelTech’s extensive list of features that has helped change the game in the aftermarket ECU market. 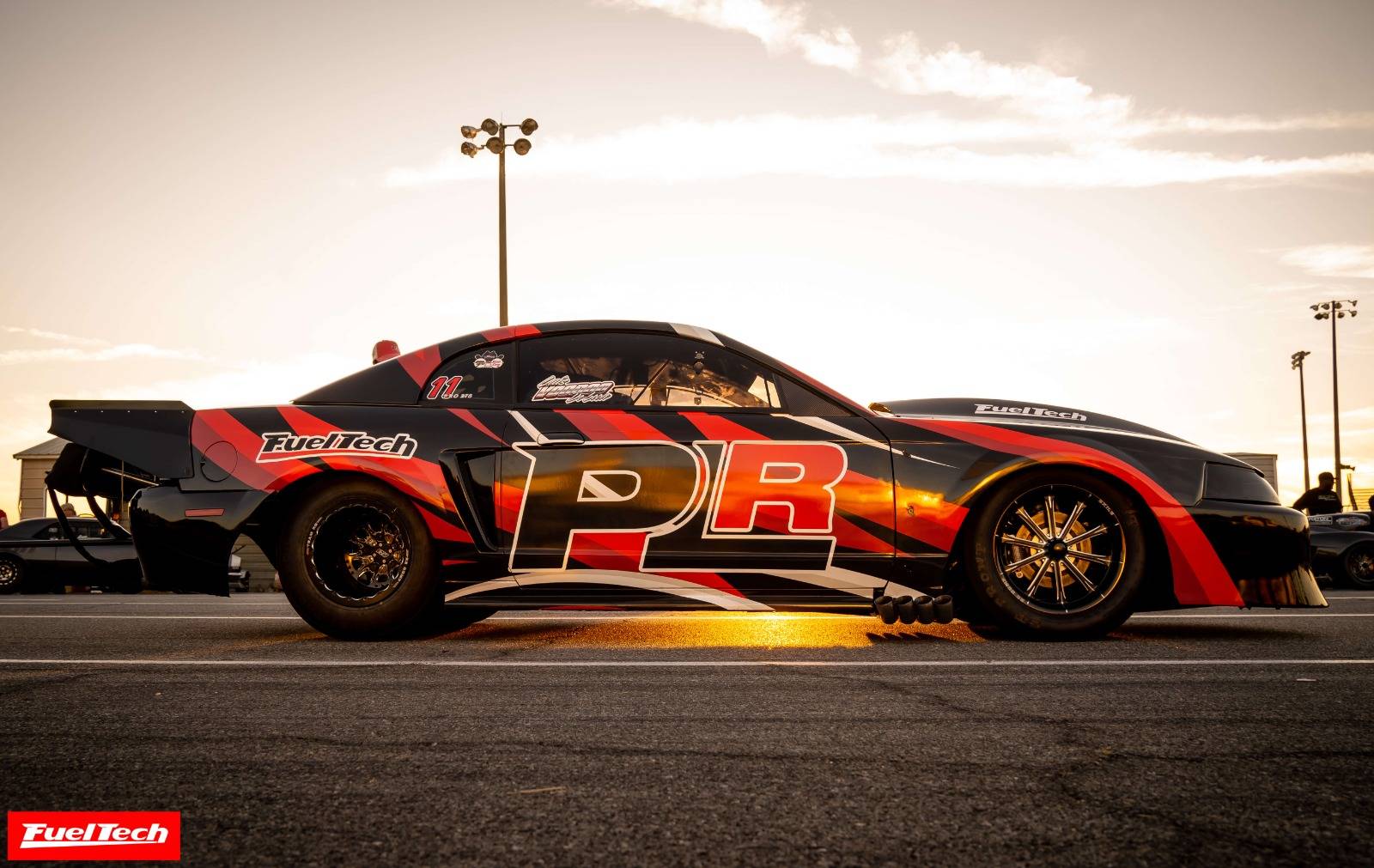 One advantage of having the ECU handle all those systems is the ability to cross-reference the data with FTManager software on a single computer screen, helping the tuner to make educated decisions in an organized and efficient manner. Additionally, the FT600, FT550, and FT450 have a customizable digital display for the driver and the anti-glare TFT touchscreen offers the ability to make adjustments without hooking up a PC computer. It gives the driver feedback in real-time and puts the data in front of him or her instead of mounting multiple gauges around the cockpit. That data collection includes all engine sensors and information from the WB-O2 Nanos, which are also connected to the FT600 via CAN and doesn’t require the use of an analog input.

The 3,400+ WHP demands big fuel delivery and this Mustang relies on insanely large fuel injectors, which require a FuelTech 8A/2A Peak and Hold driver to help keep them under control. FuelTech offers three levels of Peak and Hold drivers to keep up with today’s low impedance fuel injectors, powering as little as four of them and going all the way up to sixteen fuel injectors. The company recently released FT Injector in three sizes—720 lb/hr, 520 lb/hr, and 320 lb/hr, which are measured using 90 psi and are capable of flowing as low as 30 psi and as high as 130 psi. The FT Injector can handle all types of fuel, including gasoline, ethanol, methanol/alcohol, nitromethane, nitropropane, MTBE, and ETBE.

The team is committed to the newly formed Radial Outlaw Racing Series, a championship series that includes all the biggest events in that type of racing. It will push the skills of the crew, driver, and the equipment as they chase the glory and the generous cash rewards in the championship series. From powersports to championship drag racing, having the ultimate control over your powerplant is the reason you’re seeing #FuelTechEverywhere