Modern EFI-equipped racing engines rely on low impedance fuel injectors due to the enormous fuel volume demands, however controlling these injectors requires a special control box. The controller is required because there is a higher current at opening stage (peak) and lower current when opened (hold), otherwise the injector can quickly warm up and burn out. FuelTech PowerFT engine management systems rely on the company’s Peak and Hold Injector Drivers to accomplish this task and the renowned technology company recently released a new product to bring fuel injector control to the next level. 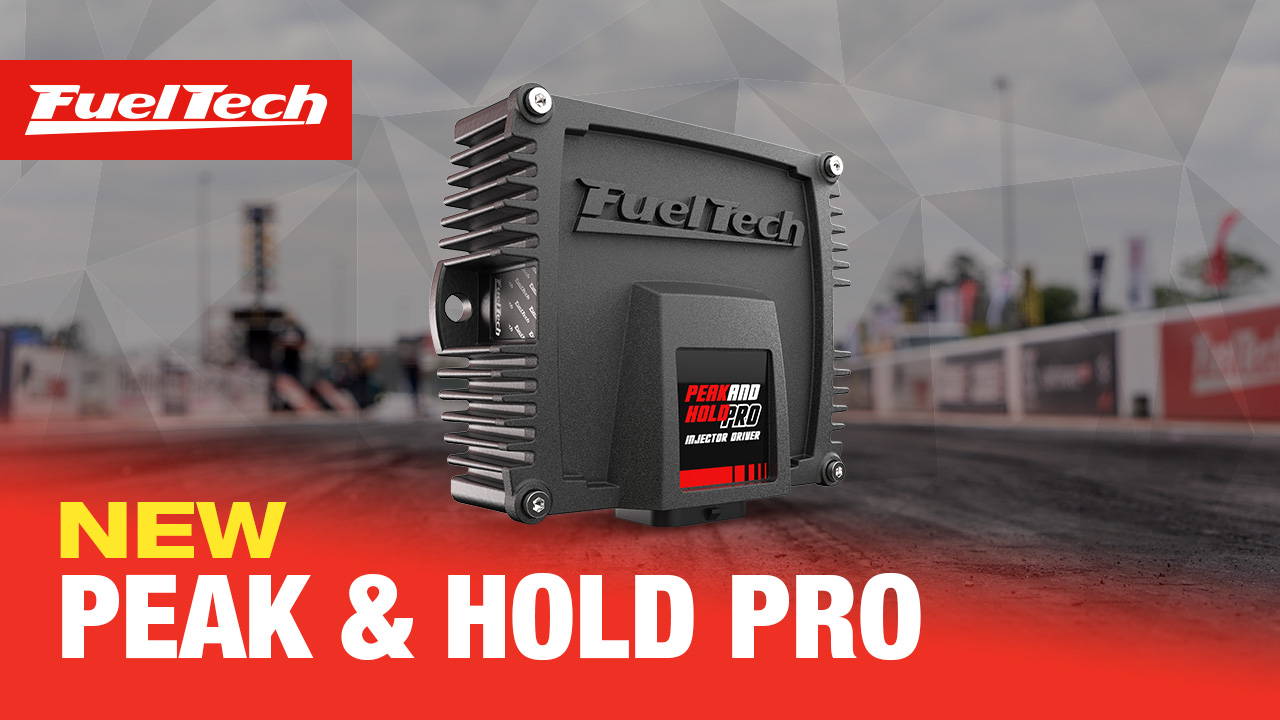 The Peak and Hold PRO replaces the original injector driver products in a single part number, giving the tuner more control and safer operation of any low impedance fuel injectors. For those unaware the low impedance fuel injector features an internal coil resistance of less than 7 Ohms while high impedance injectors are greater than 7 Ohms. The lower resistance allows the injector to have shorter response time and is a major factor in the extremely high flow capabilities of modern racing injectors.

The new Peak and Hold PRO also offers two-channels per unit giving a single box the ability to control 8 fuel injectors and two boxes for 16 injector applications. The previous generation is a single-channel unit, requiring two boxes for 8 injectors and four boxes for 16 injector combinations. Additionally, twin Peak and Hold PRO applications have the ability for each box to drive two different amp outputs, allowing the tuner to control two different types of injectors. For example, in 16 fuel injector combinations the first set might require four amps while the second set runs on eight amps—both boxes can be programmed independent of each other. 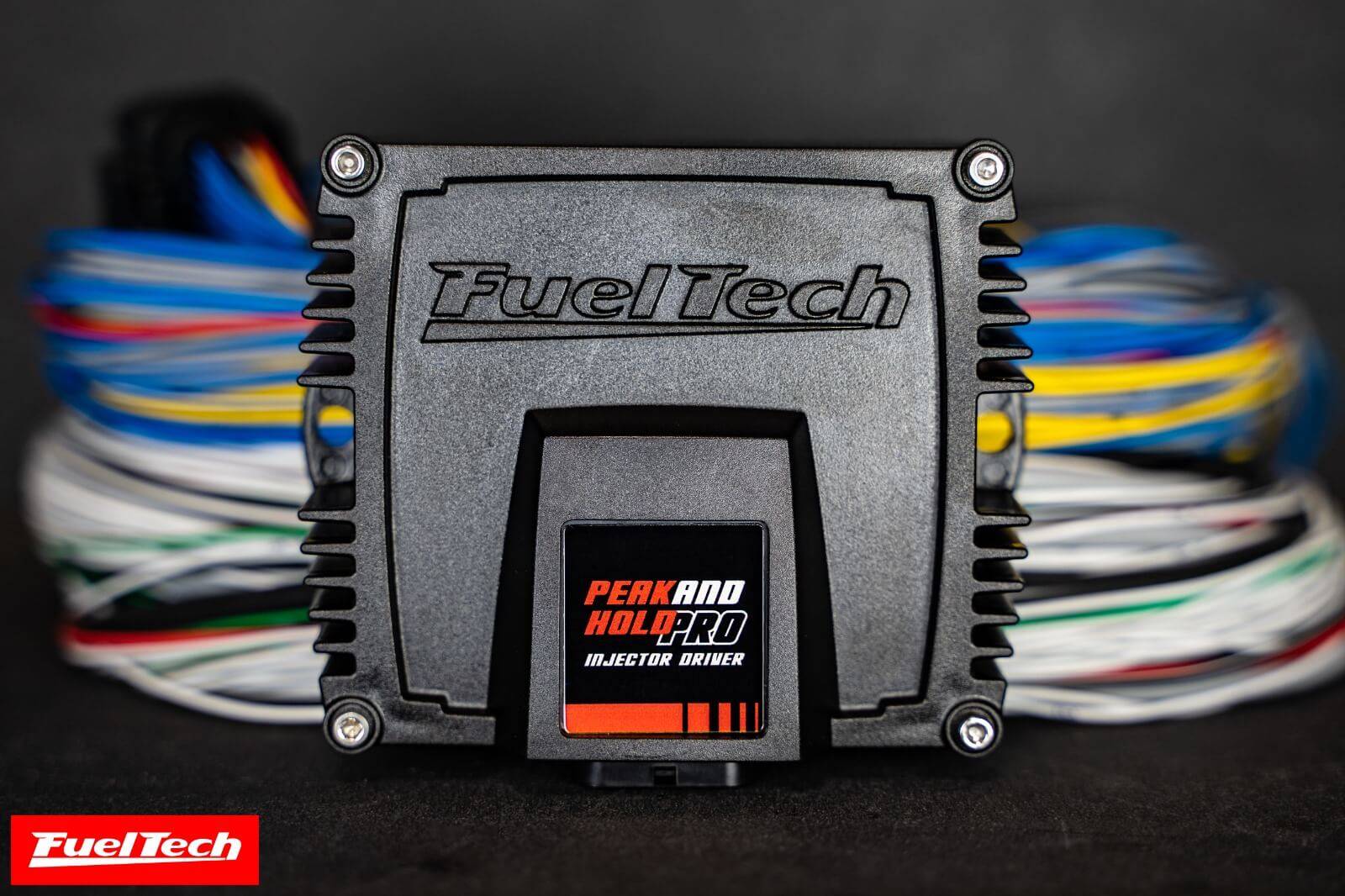 FuelTech didn’t stop at the programmable and multi-channel upgrades; it also includes diagnostic capabilities in the system to prevent problems and catastrophic failures. The Peak and Hold PRO can perform a quick pulse of the injectors at the push of the start button to ensure all injectors are connected and operating properly. If it detects one or more injectors not opening/closing correctly, it will activate a warning signal on the LED screen of certain PowerFT ECUs (FT450, FT550, and FT600) and not allow the engine to start up.

Another fail-safe feature is the Peak and Hold PRO’s ability to shut off all the fuel injectors while the engine is running if one or more injectors fail due to a broken clip or another reason. Engines that run 16 injectors and two Peak and Hold PRO units also benefit from the fail-safe shutoff. The two units communicate through a wired connection and both boxes will shutoff if one injector stops working in either system.

The Peak and Hold PRO operates on CAN communication, allowing all of the information to record on the FuelTech data log and be viewed in FTManager. The FuelTech engineers also upgraded the connector to a user-friendly version that doesn’t require special tools for pinning. It is the same connector on the Alcohol O2 conditioner and FuelTech offers jumper/adapter harnesses for old Peak and Hold box users to easily swap to the new one with minimal effort. Like the FTSPARK and FTSPARK II, the new version is built in the same enclosure as the previous generation to allow customers to use the same mounting solutions in their racecars.