FuelTech is proud to release FTSPARK GEN II - 750mJ and FTSPARK EXTREME - 1500mJ Capacitive Discharge Ignition (CDI) systems, each product offering significant improvements over any other ignition system on the market. FuelTech participates in the highest levels of motorsports as it develops technology to keep up with today’s record-breaking, championship winning demands.

The FTSPARK GEN II - 750mj is replacing the first generation of FTSPARK and is offered in -4, -6, and -8 configurations. The highlight of the GEN II - 750mJ is the guaranteed minimum of 750mJ of energy and 140 amps of current at the primary coil. The FTSPARK GEN II - 750mJ has been tested up to 850mJ in certain applications. FuelTech tests every unit prior to boxing to ensure each one meets the 750mJ minimum guarantee. For those keeping score, that is a 25 percent increase in mJ output over the FTSPARK Gen I and a 12.5 percent increase in amps at the primary coil.

FuelTech is taking CDI systems even further with a brand-new product—FTSPARK EXTREME - 1500mJ. It is the most powerful ignition system on the market and aimed at replacing single and dual magneto ignition systems. “The market is calling for more ignition capability as engines see significant increases in boost, larger volume of fuel, and much greater cylinder pressure,” said Luis De Leon, Tech Director at FuelTech USA. “FuelTech developed the FTSPARK EXTREME to provide ignition in any application, including 10,000 horsepower nitro-burning engines found in NHRA Top Fuel and Funny Car.” 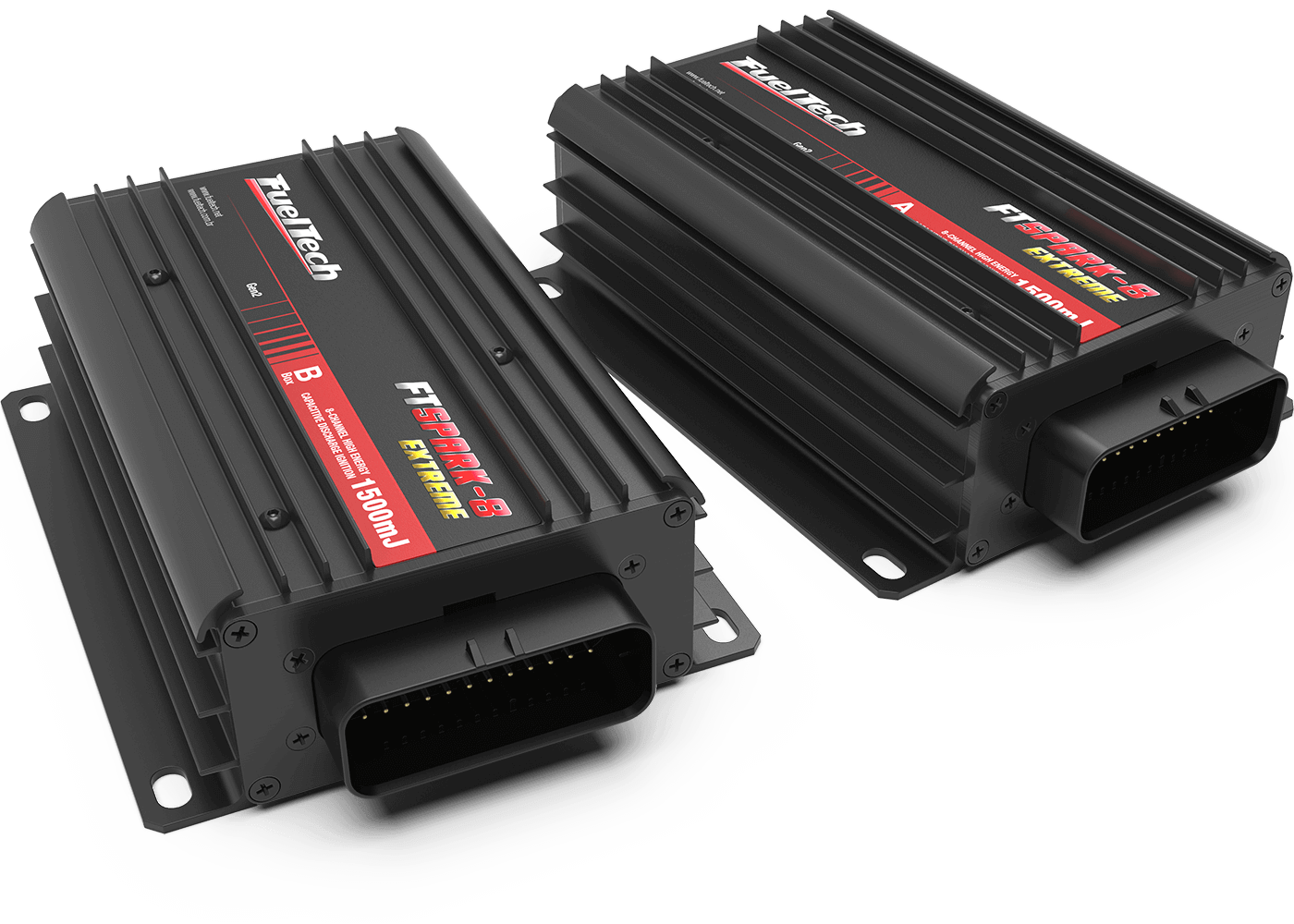 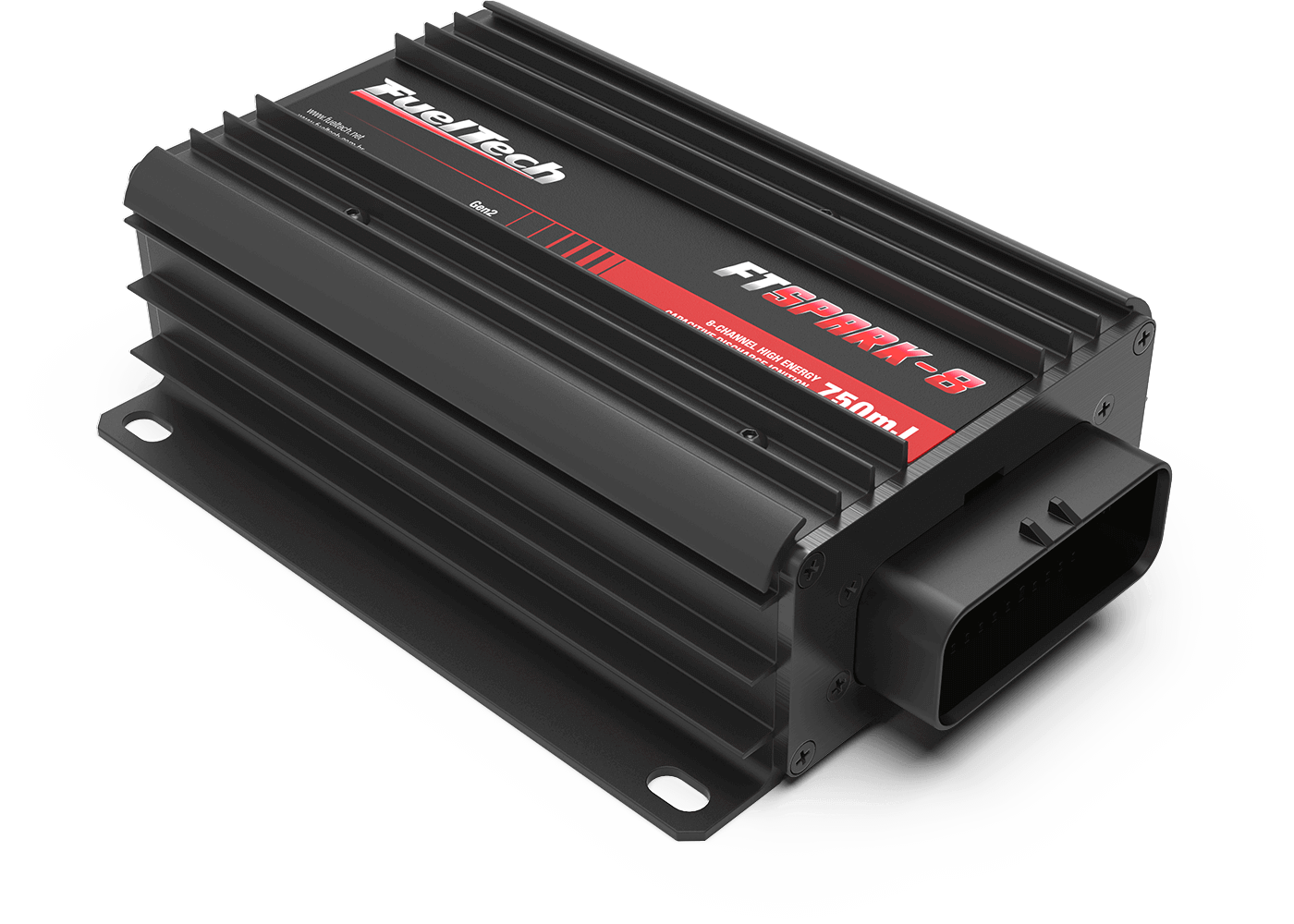 The FTSPARK EXTREME - 1500mJ produces a minimum of 1,500mj and has a maximum rating of 1,700mj, that is a guaranteed 250% greater output than the FTSPARK Gen I. It will also provide 175 amps of current at the primary coil (40 percent increase over FTSPARK Gen I). The FTSPARK GEN II - 750mJ requires an upgraded wire to handle the significant increase of current. The FTSPARK EXTREME - 1500mJ box features four channels, requiring two ignition boxes for eight cylinder engines. Relying on a CDI and individual coils system also frees up horsepower by eliminating the need to turn a single or dual magneto ignition. It also offers valuable weight savings over the magneto/box setup.

Customers with FTSPARK Gen I units can upgrade to a GEN II - 750mJ version without buying new boxes. The enclosure is carried over from the Gen I, allowing mounting solutions to remain consistent for an easy swap. The FTSPARK GEN II - 750mJ I is compatible with all high-performance ECUs currently on the market.

Breaking records and winning championships is the foundation for innovation at FuelTech and it is why you’re seeing #FuelTechEverywhere.

FuelTech is proud to announce it has become the series sponsor of the prestigious NHRA Pro Mod Drag Racing Series for the remainder of the 2022 racing season.

his year the biggest radial events, including the Duck X Productions competitions, are combined to create a championship series dubbed the FuelTech Radial Outlaws Racing Series.