Add 9-second time slips to the impressive resume of the FuelTech C8 Corvette as Anderson Dick drove the twin turbocharged American supercar to a best elapsed time of 9.72 and set the high-speed mark at 146 mph.

That accomplishment places the FuelTech Corvette second on the list of All-Time Quickest C8 Corvettes list. As you will read, the performance was in less than ideal conditions and there is much more lurking in the combination.

Recently the FuelTech C8 Corvette made the Internet buzz with excitement when Anderson reset the power record and you can read all about it HERE. The twin turbocharged combination unleashed 1,075 whp, thanks—in large part—to a new Dodson clutch setup, allowing the FuelTech team to turn the boost up to 21 psi. Anderson immediately headed north following the successful dyno pulls with the goal of running in the 9s during the Outlaw Street Car Reunion, held at Virginia Motorsports Park. Special thanks goes out to the track manager and race director Tyler Crossnoe for the letting Anderson get on track during a hectic race weekend.

Anderson has drag raced in his home country of Brazil, however his runs in Virginia would be his first in the United States, putting his excitement level even higher. The car was untouched from its dyno pulls save for a pair of Belak wheels that are wrapped in Mickey Thompson ET Street R drag radials. 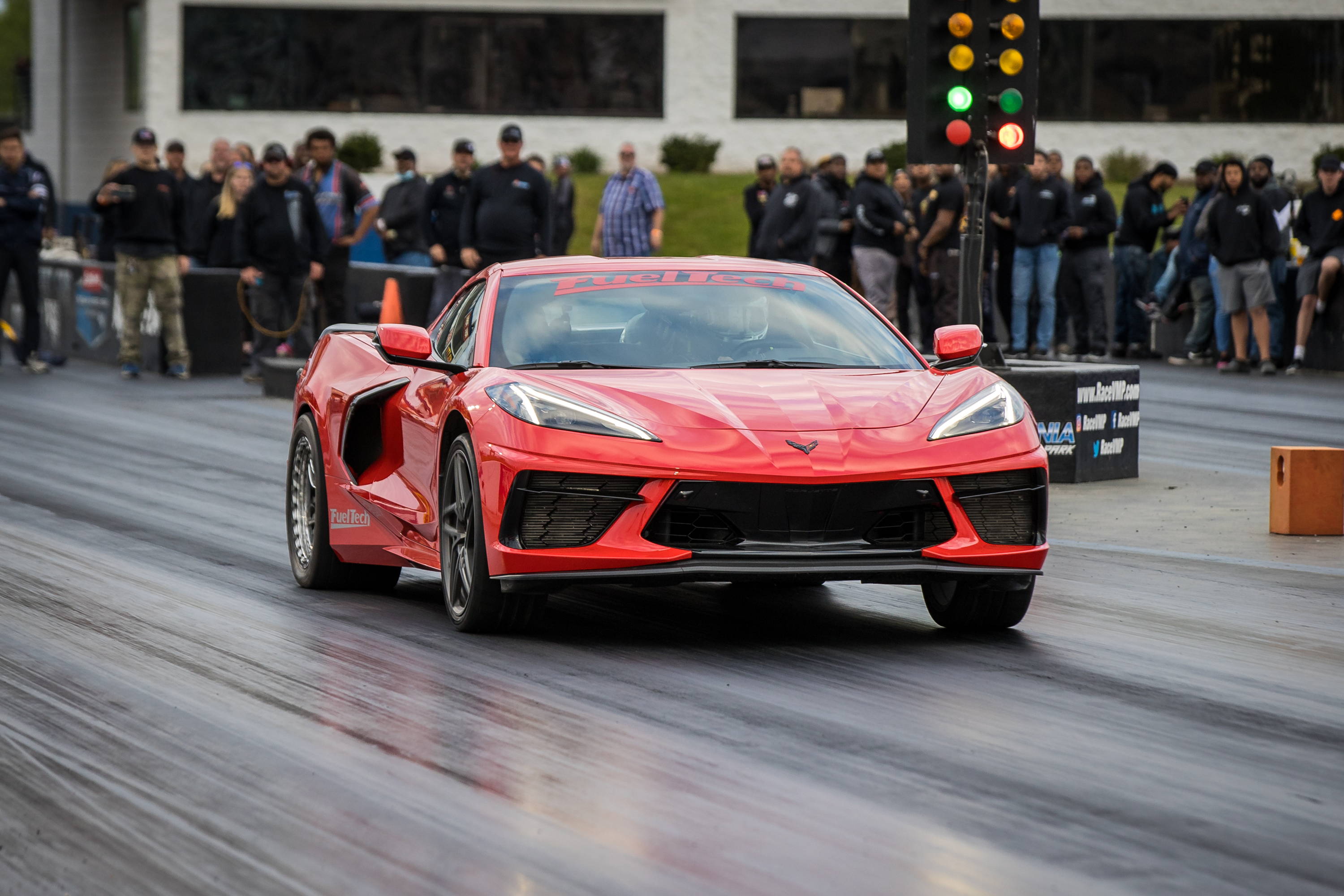 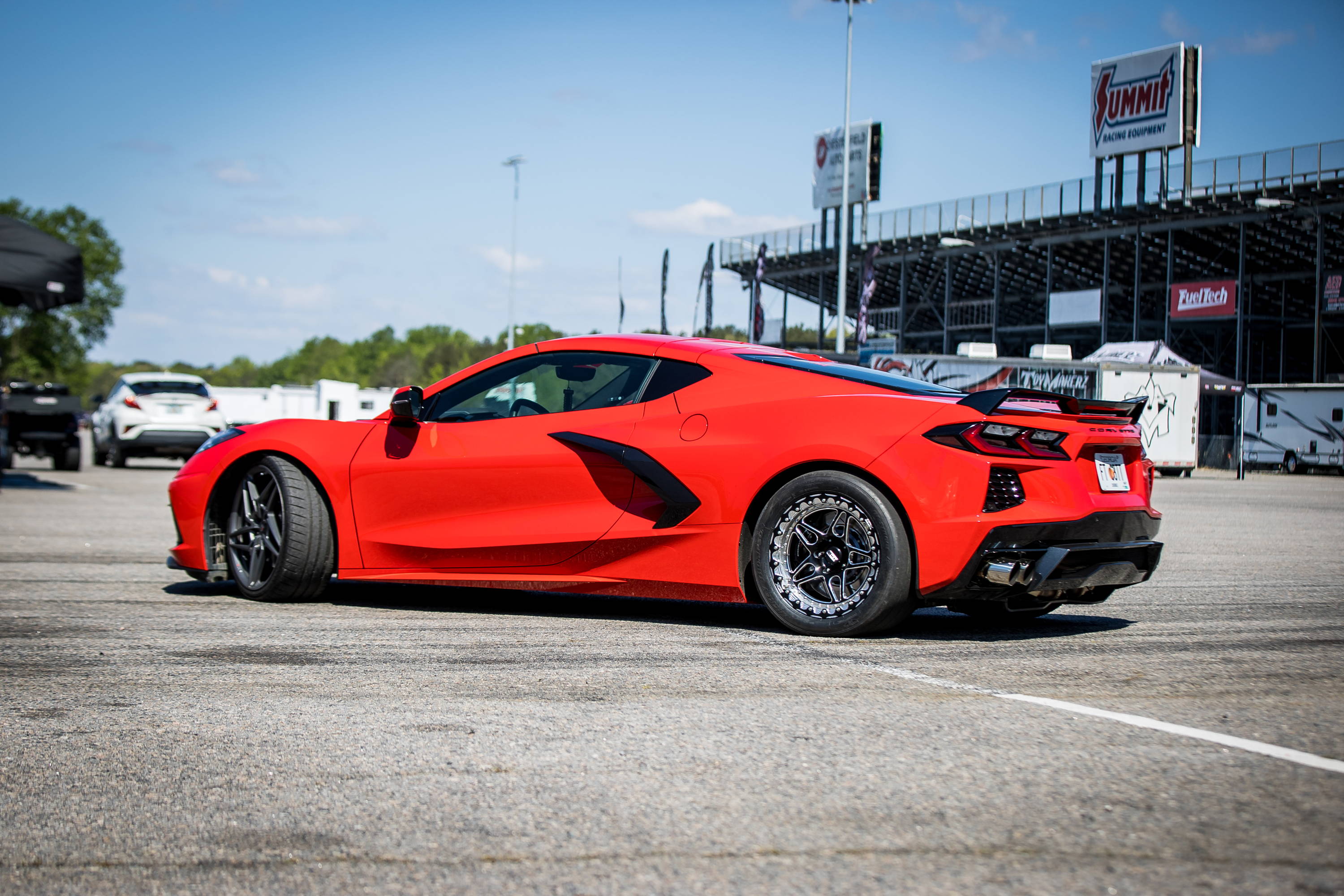 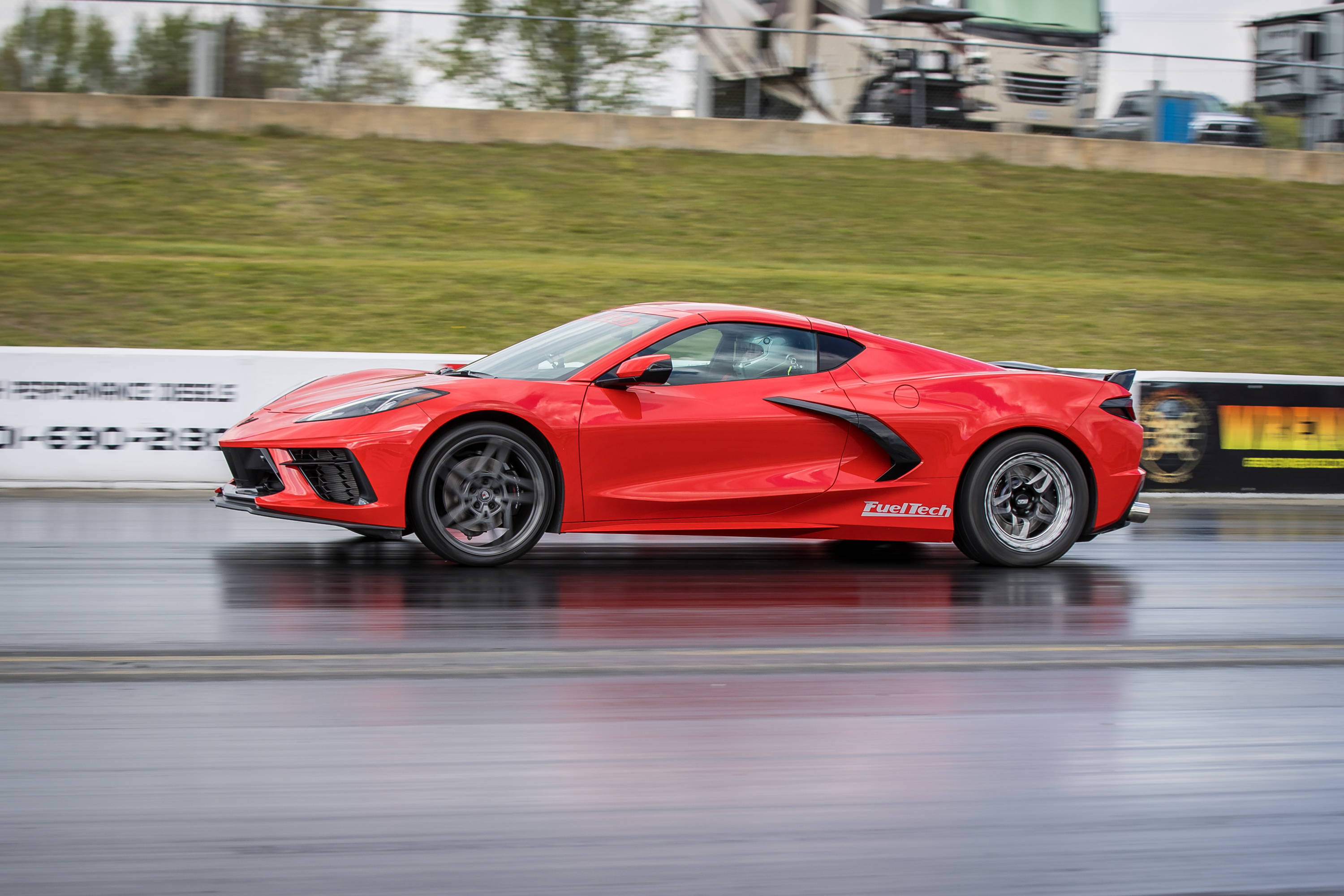 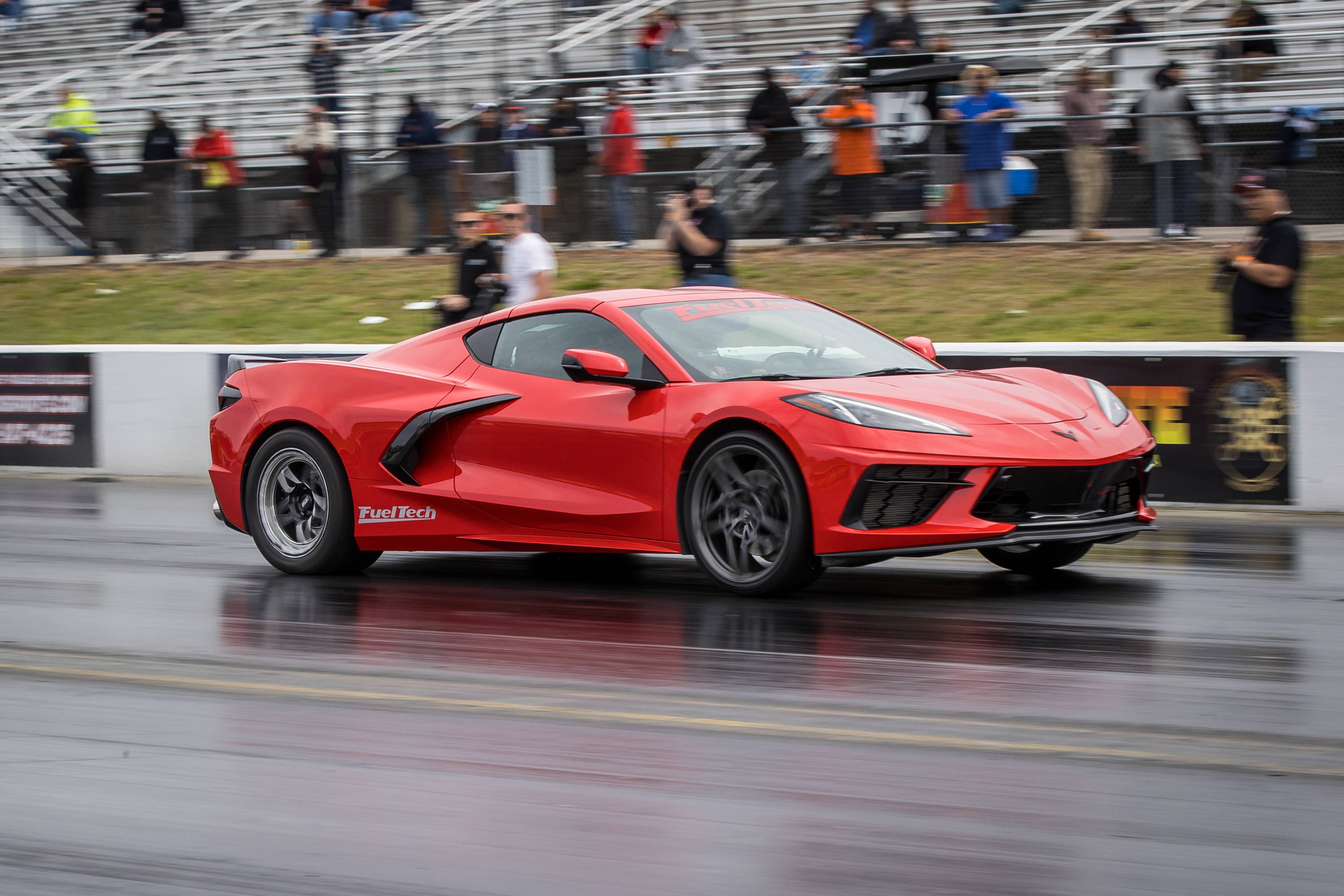 An easy eighth-mile run resulted in an anemic 6.50 performance and the data log collected off the FT600 revealed a boost leak. The custom sheetmetal intake lid split at the weld, thus leaking the valuable boost into the atmosphere. The FuelTech crew scrambled to perform trackside repairs with JB Weld, a noble and effective solution, but it ultimately restricted boost to a paltry 16 psi instead of the robust 21-psi the Garrett turbos provided on the dyno. 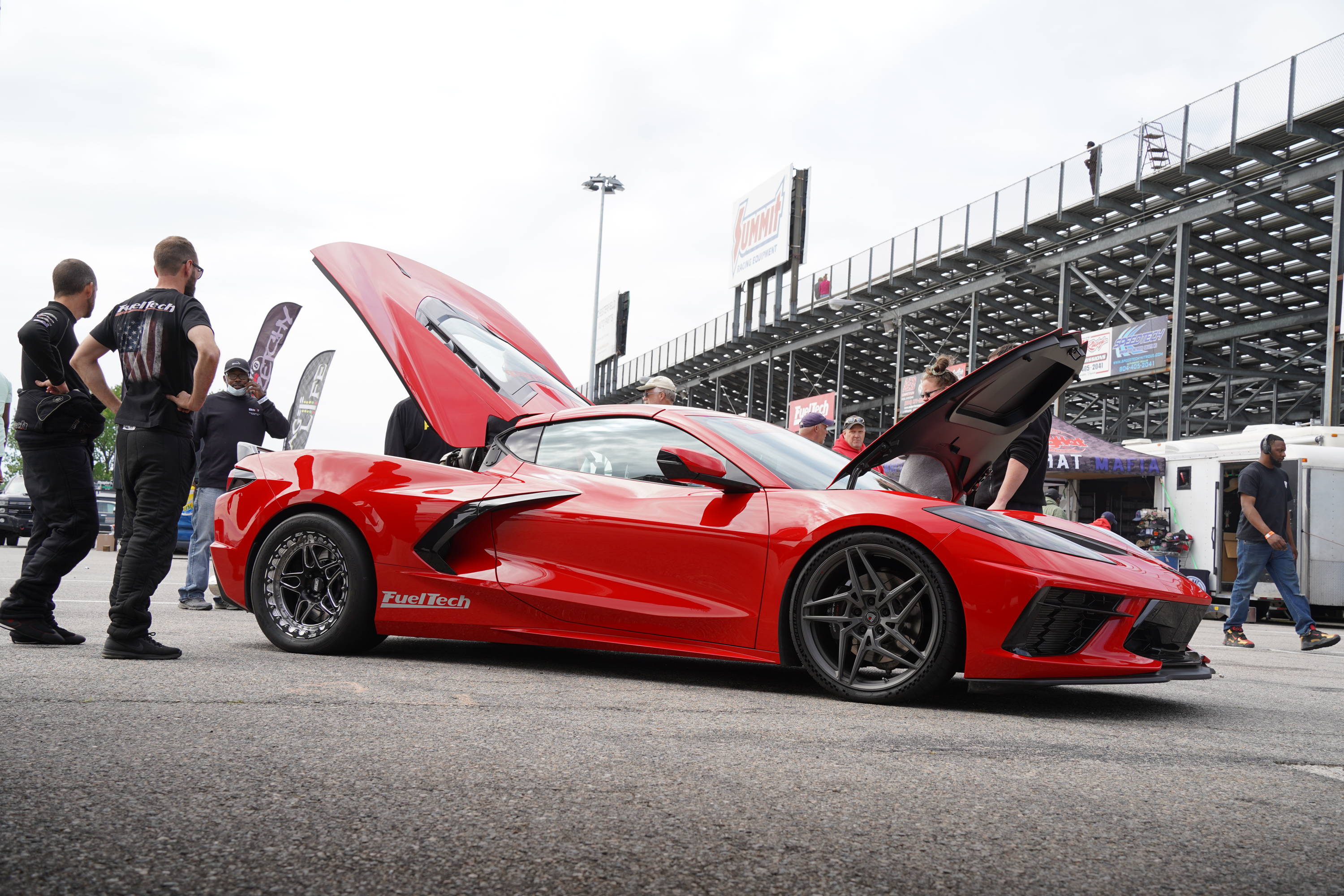 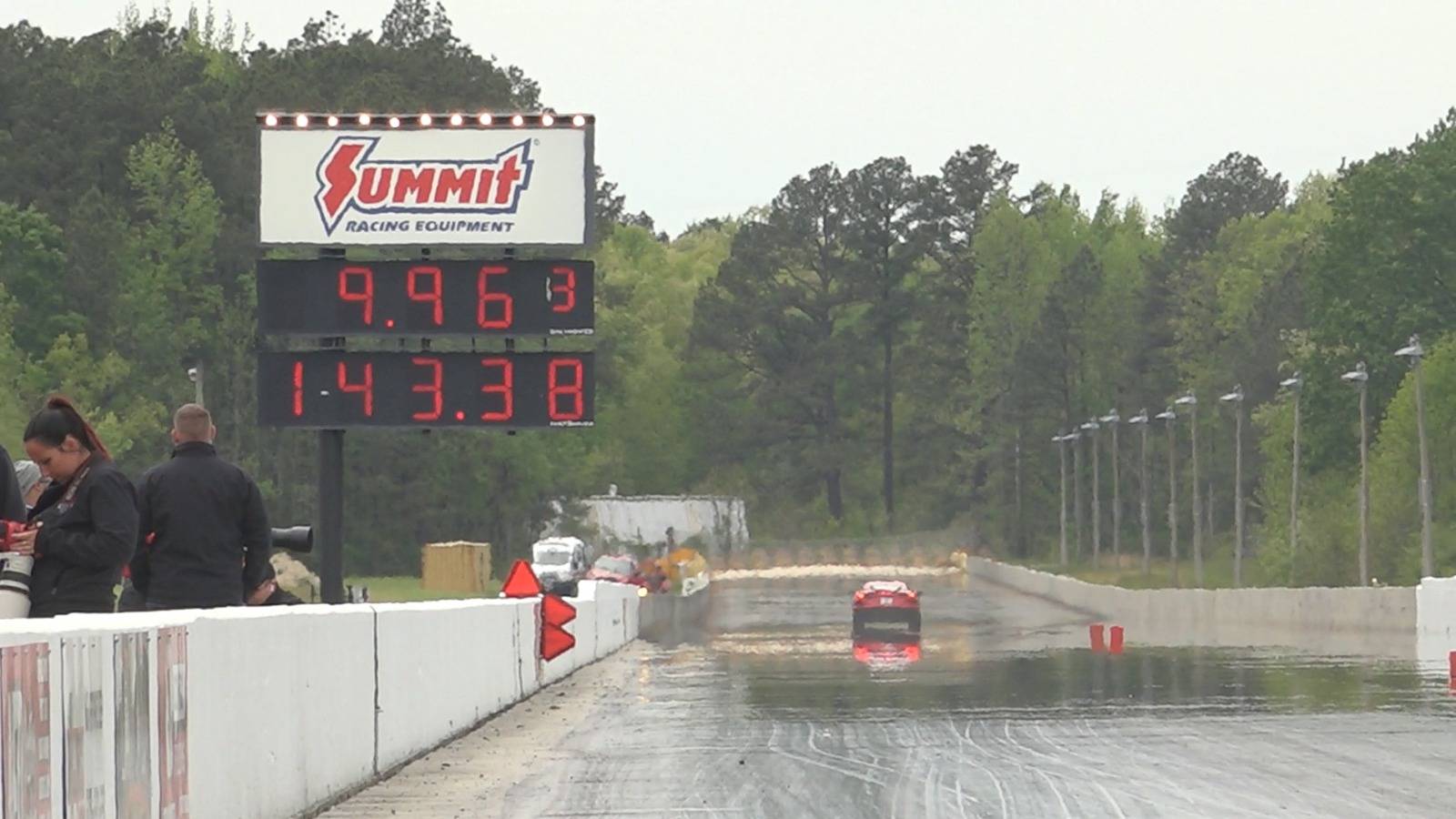 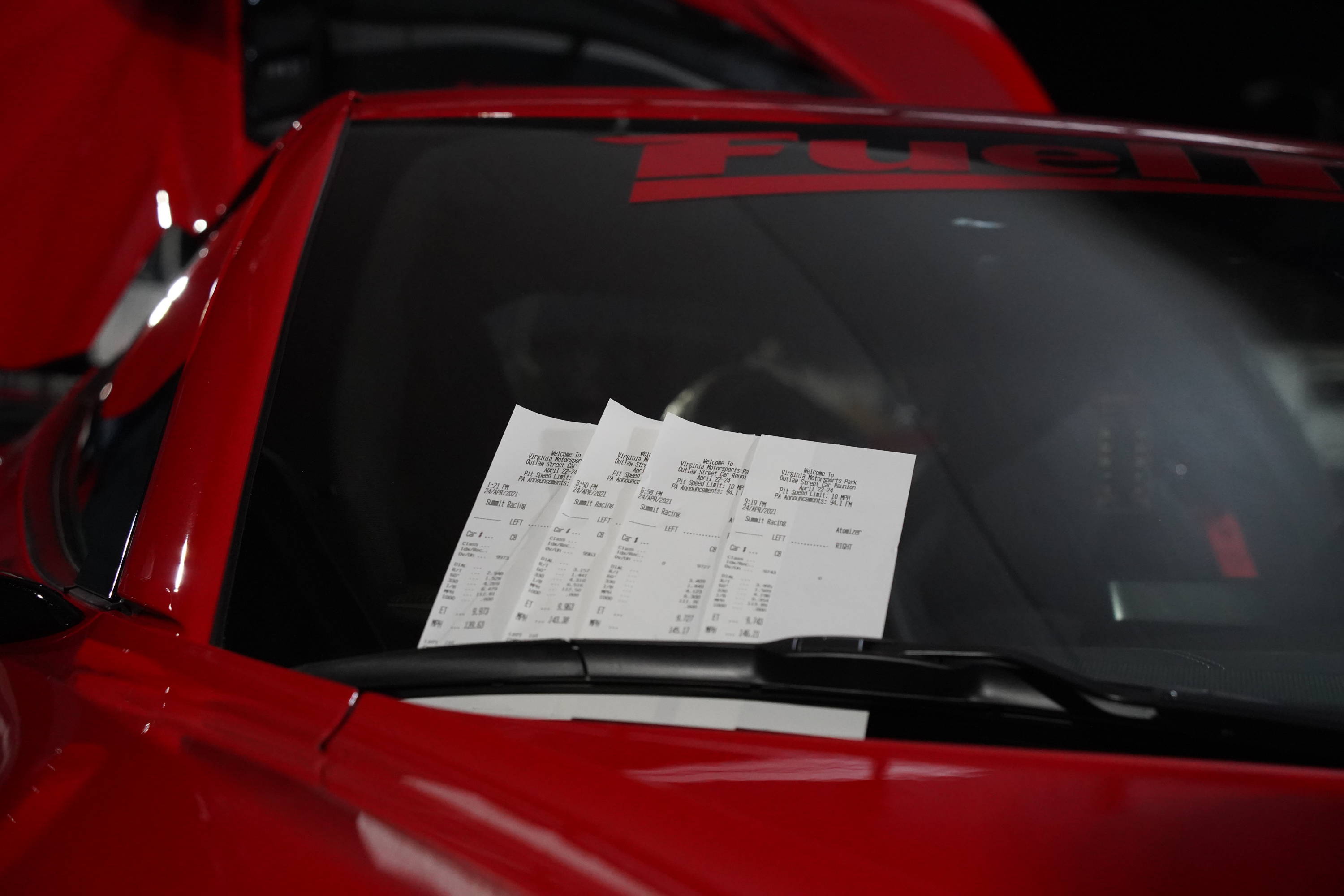 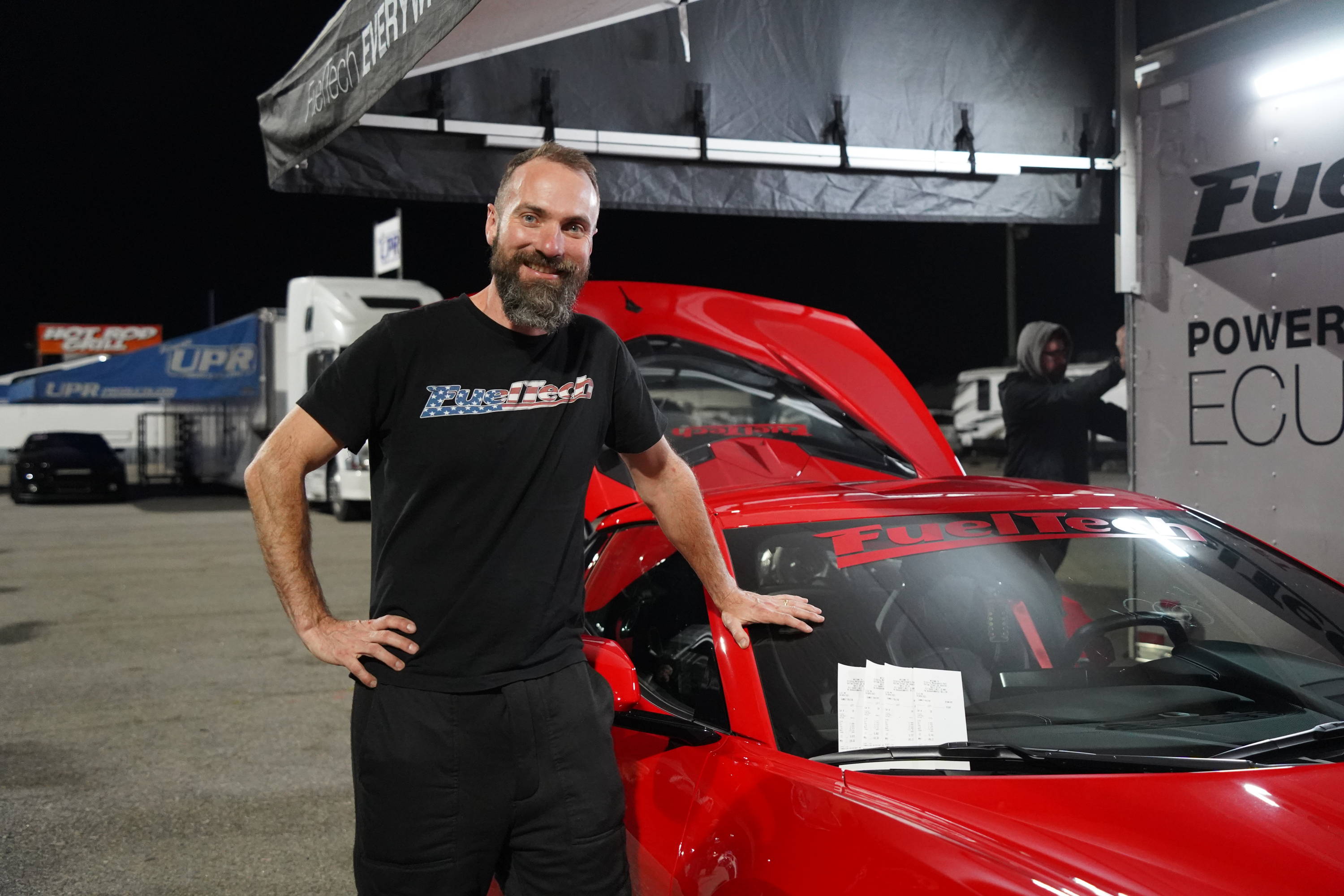 The repairs allowed Anderson to produce four 9-second time slips with the best being the aforementioned 9.72 at 145 mph and a back-up run of 9.74 at 146 mph! The FT600 engine management system has been critical in the ability to not just crank big power but manage it as well. The factory ECU has yet to be cracked so all of the fuel supplement is accomplished using a second fuel system, which is controlled exclusively by the FT600. An Aeromotive fuel system and fuel cell are mounted in the front luggage storage compartment and it supplies VP Racing Fuels M1 fuel to the port-located 1700cc fuel injectors. The cooling characteristics of methanol eliminate the need for an intercooler, simplifying the turbo kit’s cold-side packaging.

The PowerFT the internal boost controller offers enthusiasts complete control over their turbo system. In this application the FT600 is setup to drop boost on the shifts, preventing the factory torque management from being activated. It is an important function to get the C8 Corvette to run flawlessly at wide-open throttle with clean auto-shifts, which can be seen clearly during the in-car video footage.

Repairs are being made to the sheetmetal lid so Anderson can increase the turbo boost back to 21 psi and take aim at the quickest pass by a C8 Corvette, which stands at 9.41 at 144 mph. That time slip belongs to YouTube star Emilia Hartford. For now, Anderson and his team are thrilled to hold the quarter-mile speed record—even at low boost—showing the power capabilities of their combination, and it’s a performance they expect to eclipse in the coming months. 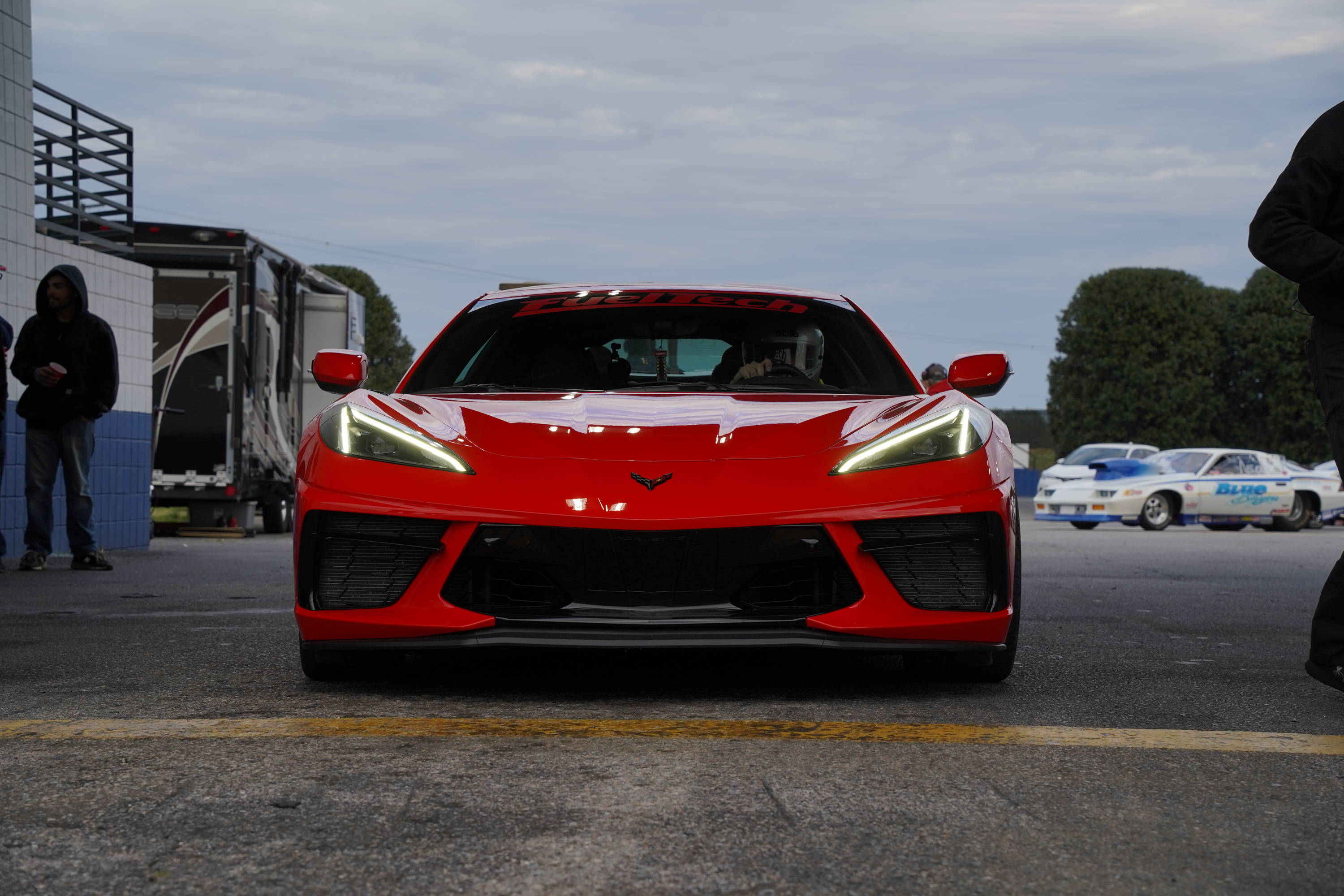 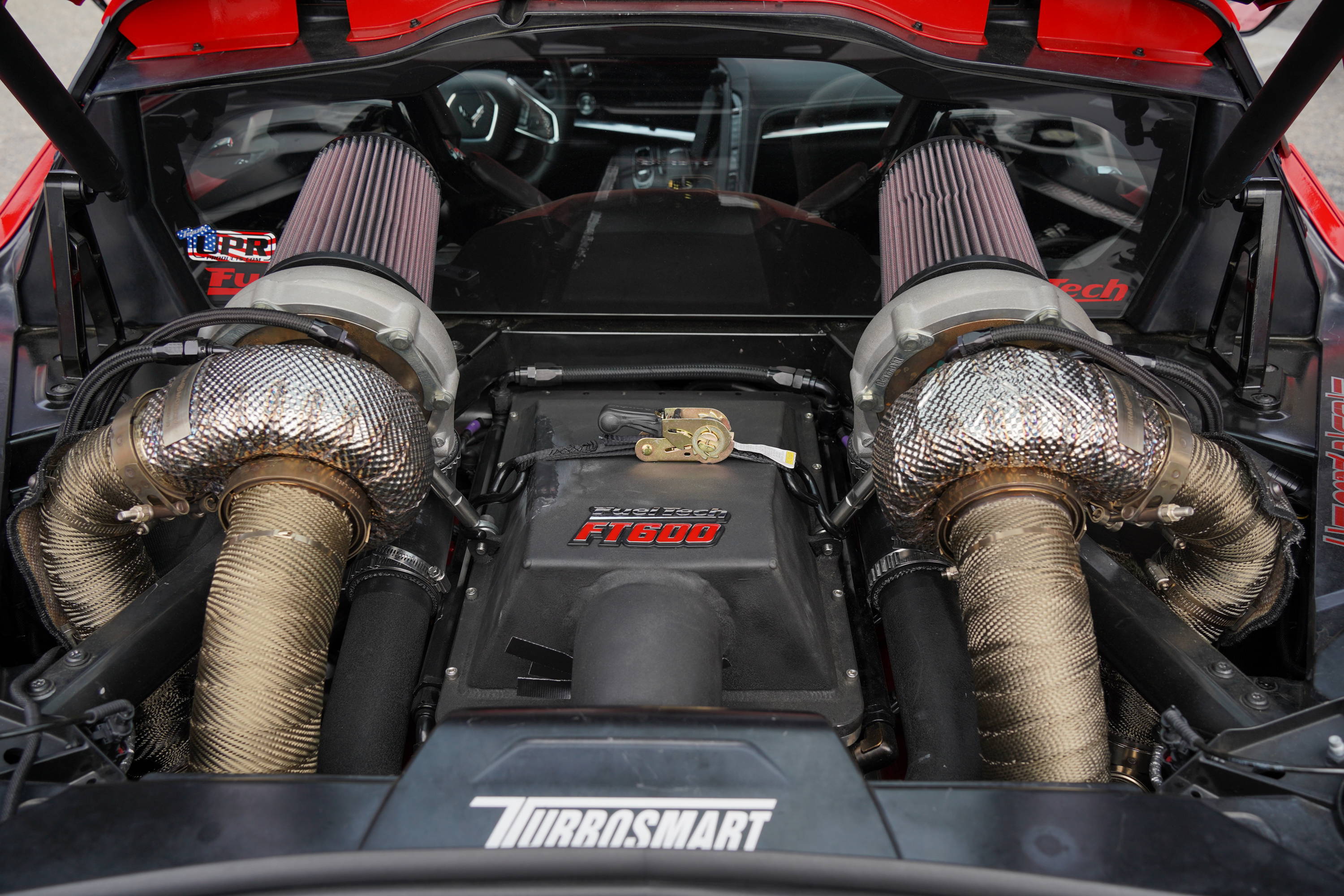 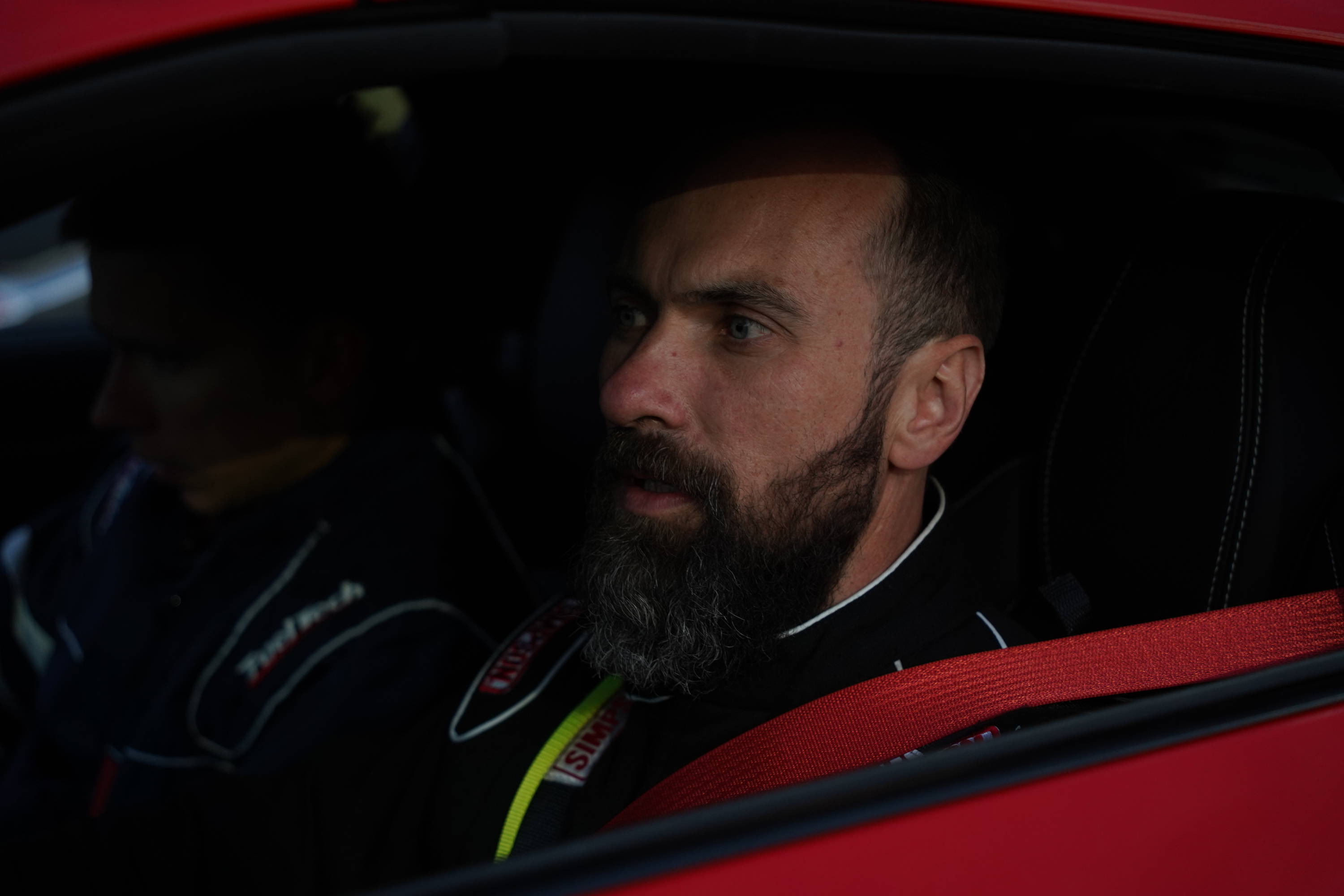 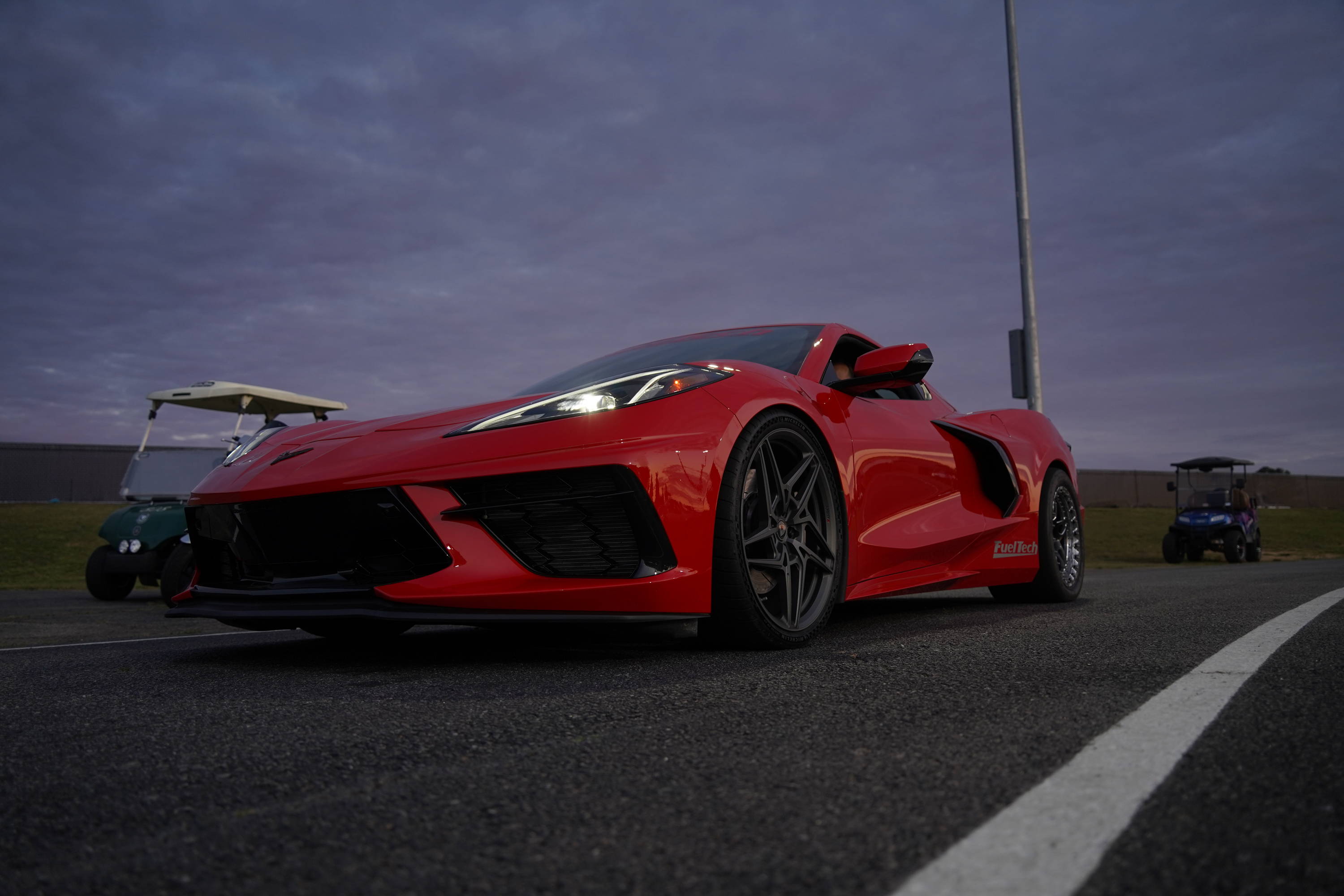 FuelTech’s success at the Outlaw Street Car Reunion wasn’t limited to the 9-second runs; the company’s FT600 engine management system swept the top three categories. Sitting at the top is Ken Quartuccio Jr. with his victory in the Radial vs. The World class. He accomplished it with a brand-new 1969 Camaro, that was built by Skinny Kid Race Cars and sports a Pro Line HEMI with a ProCharger centrifugal supercharger. Manny Buginga, driving the MJM Construction 2003 Mustang Cobra that has been nicknamed “Fred,” captured the Pro 275 win. Jamie Miller is credited as tuning both teams. And finally, Rob Goss drove his 2009 Dodge Challenger Drag Pak and its ProCharger-blown Gen III HEMI combination to the top of the X275 eliminator.